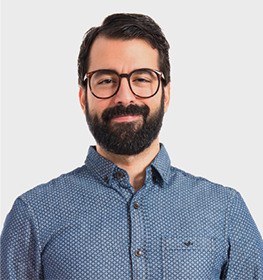 Mark Williams is a poultry farmer’s son. After studying at Harper Adams Agricultural College in Shropshire, he managed a large pullet rearing / egg production unit. Following gaining valuable experience, he returned home to expand the business. In 1991, he joined the National Farmers’ Union as a Regional Poultry Adviser in the north of England. In 1995, he was appointed National Egg Specialist. He joined the British Egg Industry Council in 1999 and became Chief Executive in 2000.

His additional roles include: Secretary-General of EUWEP (the EU trade association for egg packers, egg traders and egg processors) (since 1999). He was the President of the EU Civil Dialogue Group on Poultry and Eggs. He is a Board member of CELCAA (the EU liaison committee for the food trade).

He was President of the European Commission’s Advisory Group on ‘Poultrymeat and Eggs’ from 2010 to 2012. He is also a Nuffield Scholar, and was Chairman of the Nuffield Poultry Study Group from May 2012 – May 2015. He was Chairman of the UK Poultry Health and Welfare Group during 2015 and 2016. He was Statistical Adviser to the International Egg Commission from 1996 – 2006.